Collaboration over Maps on Tables

Maps are a common artifact used on tables, and are commonly used as a basis for collaboration. This project is exploring two specific applications of maps on tables: maps of 18th-century London for use by researchers in the Department of English, and maps of Saskatoon for use by cyclists. In the first stage of work, the project is developing the application infrastructure needed to support map viewing, interaction with the map, and collaboration primitives. Both applications are to be delivered over the web, and both are based on existing projects: the London map application is being developed by Dr. Allison Muri, University of Saskatchewan; the cycling map is based on the Cyclopath project from the University of Minnesota (cyclopath.org).

We developed a multi-player interactive surface-based game for the 18th-century London map. The game took players through Defoe’s “A Journal of the Plague Year”, and provided an inside look into this work through interaction with the map. 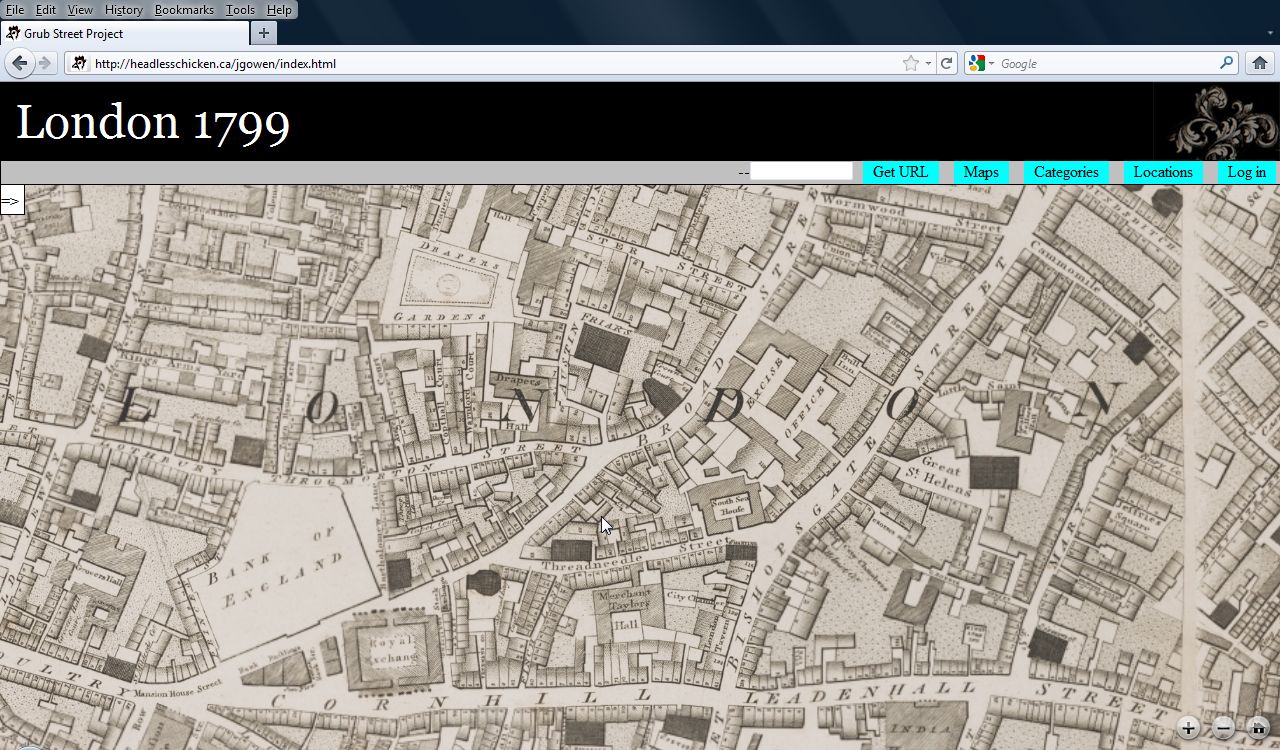