Effective street peddlers monitor passersby, where they tune their message to capture and keep the passerby’s attention over the entire duration of the sales pitch. Similarly, advertising displays in today’s public environments can be more effective if they were able to tune their content in response to how passersby were attending them vs. just showing fixed content in a loop. Previously, others have prototyped displays that monitor and react to the presence or absence of a person within a few proxemic (spatial) zones surrounding the screen, where these zones are used as an estimate of attention. However, the coarseness and discrete nature of these zones mean that they cannot respond to subtle changes in the user’s attention towards the display. 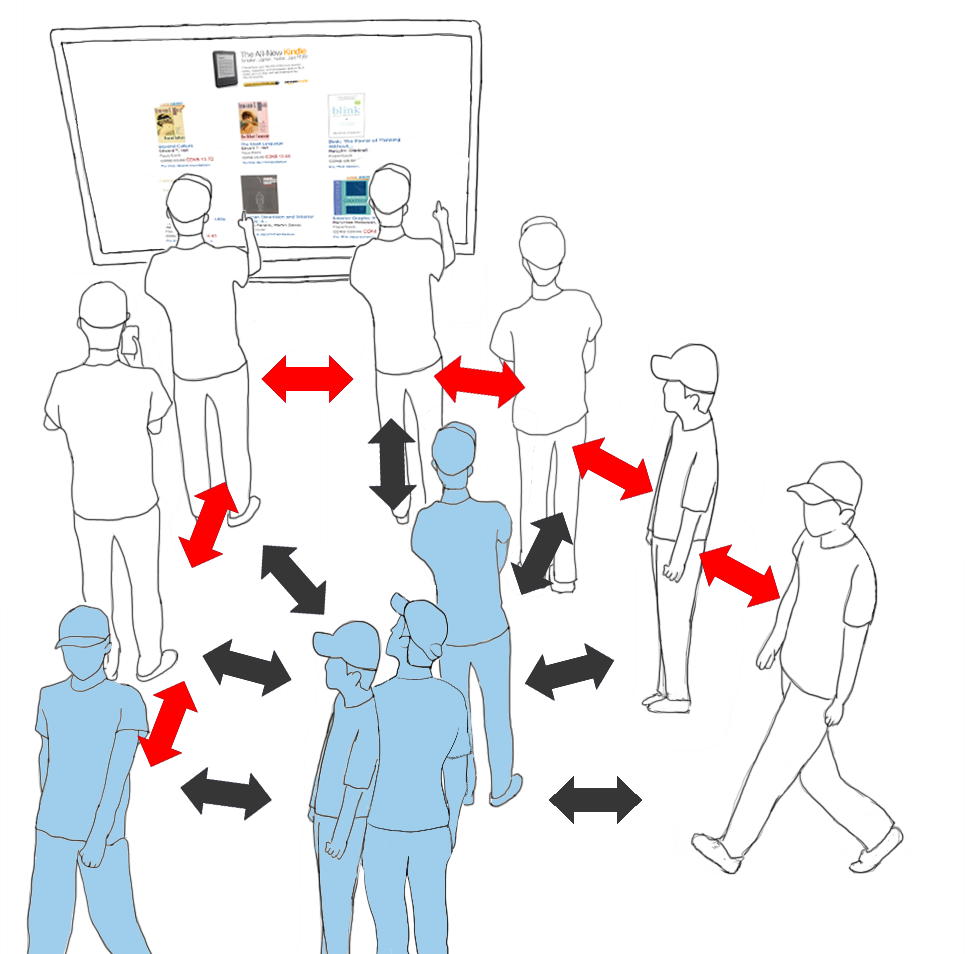 To explore this opportunity, we contribute an extension to existing proxemic models. Our Peddler Framework captures (1) fine-grained continuous proxemic measures by (2) monitoring the passerby’s distance and orientation with respect to the display at all times. We use this information to infer (3) the passerby’s interest or digression of attention at any given time, and (4) their attentional state with respect to their short-term interaction history over time. Depending on this attentional state, we tune content to lead the passerby into a more attentive stage, ultimately resulting in a purchase. With this framework, we implemented a prototype of a public advertising display – called Proxemic Peddler – that demonstrates these extensions as applied to content from the Amazon.com website. 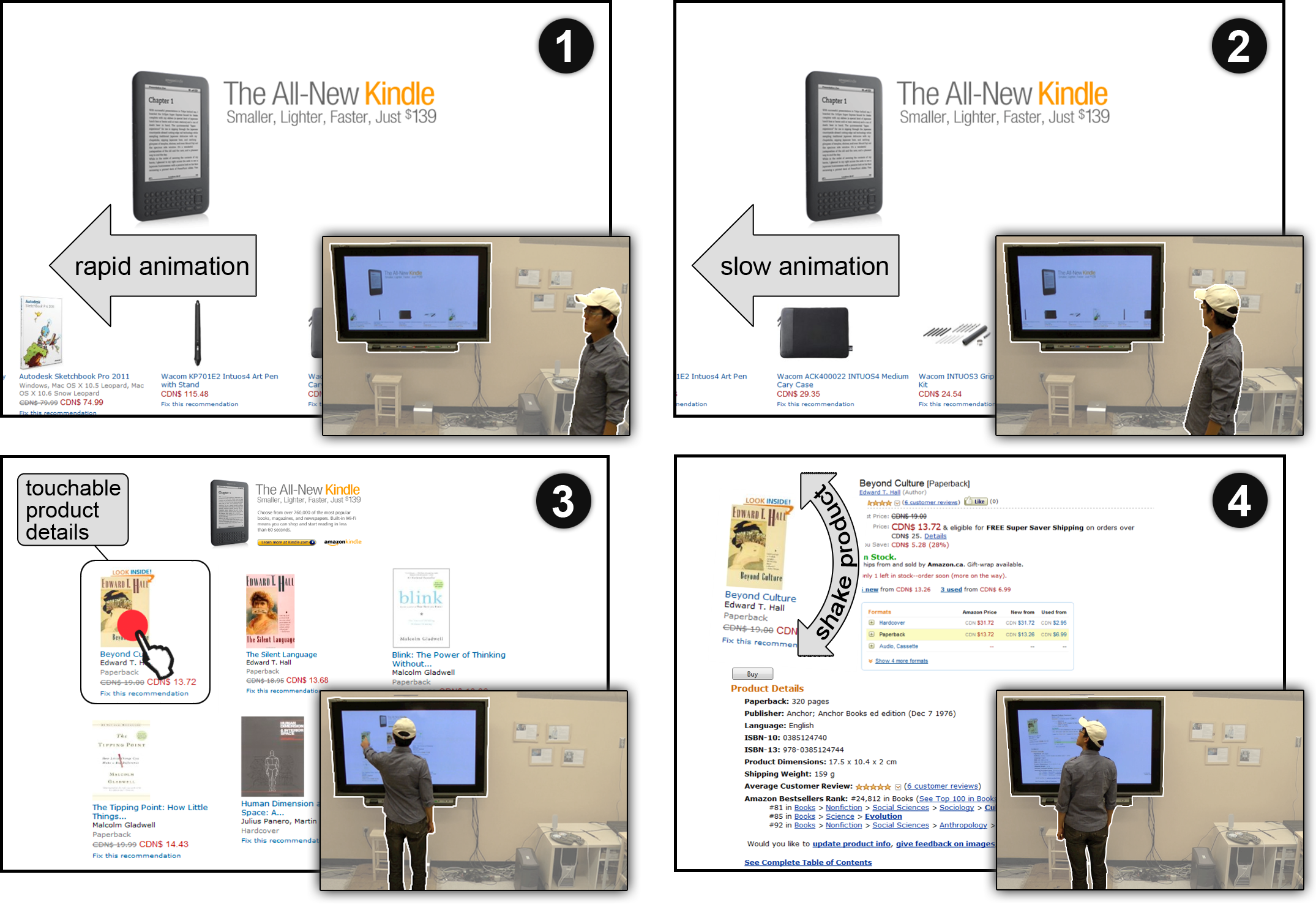