Designing for Disconnection in Synchronous Groupware

A central assumption of synchronous groupware is that the members of the group are temporally present – that is, they are actively observing changes to the shared workspace and noticing new updates as they arrive. Many types of groupware have been successfully built on this model, such as shared editors, instant messaging systems, audio and video conferencing tools, and multi-player games. These applications work by sending real-time communication messages, awareness events, and model updates. When the synchrony assumption holds, these systems only need to send the current state of the activity – they can assume that other participants will receive the new information soon after it is sent, and that no-one misses anything. However, there are many situations in group work where the synchrony assumption does not hold, and where people have become disconnected from synchronous interaction – because of network delay, network outages, or explicit departure. These episodes can cause several problems:

Although researchers have investigated many issues within these areas, there is little work on underlying design principles that will allow synchronous groupware to deal comprehensively and appropriately with periods of asynchrony. To address this shortcoming, we have designed an application-level framework for dealing with disconnection in synchronous groupware. The Disco framework is based on the three phases of the asynchronous period – detecting that a group member is disconnected, determining what to do during the absence, and dealing with accumulated data when synchronous interaction resumes. The framework divides the design space using three concepts: the endpoint role (sender or receiver), the receiver’s connection state (connected or disconnected), and a set of adaptation mechanisms based on the length of the disconnection or the volume of data accumulated during the absence. These divisions define categories of adaptive behaviour stating what senders and receivers should do during a disconnection. We have implemented the framework at the application level and have tested it on three different systems (an instant messaging system, a shared graphical editor, and a real-time game). The example systems show that our framework allows a much larger range of responses to periods of asynchrony than what has been seen in previous groupware systems. The adaptive behavior specified in the framework can help to solve the problems of interpretation and missed information mentioned above.

We make three main contributions. First, we expand on previous ideas about asynchronous periods within synchronous activity, and show that several types of disconnection (interruption, network outage, and explicit departures) can be brought together under a single conceptual umbrella. Second, we identify and categorize both new and previously-studied techniques for dealing with disconnection (including systems, interface, and interactional aspects). Third, we provide an application-level reference implementation that demonstrates the functionality and feasibility of our design, and that shows the range of adaptive behaviours that are possible. 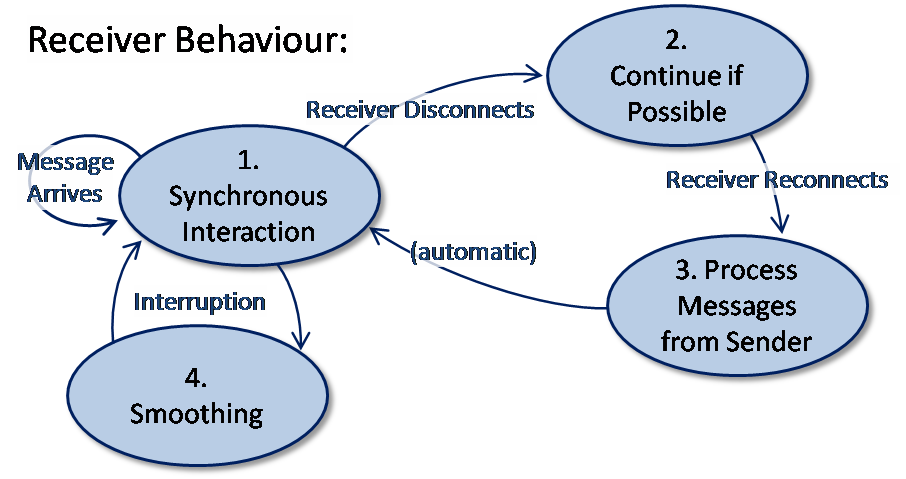 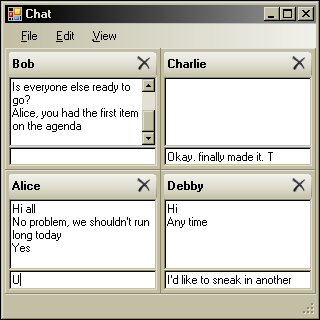 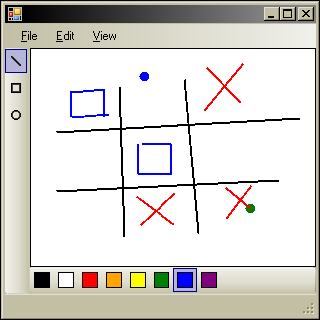 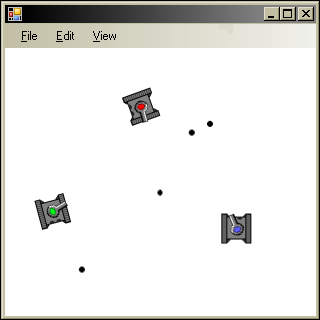